Diego Leclery's father, Gérard Léclery (born Gérard Lévy), lived an enchanting life during the 1960's. A Jewish-enough child, Gérard hid in Occupied France during World War II while his father, Georges Lévy, spent the Occupation years in Drancy, a French-run concentration camp/work camp he narrowly escaped at the close of the war. Scion of wealthy footwear industrialists, Gérard jettisoned his professional responsibilities after a brief stint in the Algerian War -service was compulsory- and set off to discover a quickly disappearing world with friends and fellow bonvivants in two consecutive circumnavigations of the globe, one in 1963-64 and again in 1966-67.

It was in this later trip that Gérard and his friends and collaborators- Carlos Paez Villaró, Gunter Sachs, Christian Jonville, Jean-Jacques Manigot, Cédric Lopez, and Jacques Schoeller, among others-consolidated their cinematic vision of a world pulsing to a single beat. Two experimental films followed: Batouk, made in 1967, positioned notions of Négritude, then a burgeoning political and social movement in French colonial Africa, within an inescapable context of European tourism, of White fascination with the exotic, and ostensibly, within the very hierarchies Négritude sought to confront. It is therefore anything but straightforward, and while the depicted cultural inversions (tribal drumming in a French discotheque, a Masai in the big city) imply a leveling of colonizer and colonized, it invariably is framed within the domineering gaze of the White man's lens. With the help of Brigitte Bardot (wife of close friend Gunter Sachs), Batouk was the official selection for the closing of the 1967 Cannes Film Festival.

Bracketing the wild events of the Parisian summer of '68, Léclery's following project (he served as head of Dahlia Films, the production company behind both films) was screened in the Cannes Film Festival in the summer of 1969, although outside of the official competition venues. Discarding the more overtly cultural and political bent of his previous project, Pulsación-inspired, in no small part, by the Piazzolla composition that gives it its name-charts a course through human existence, through views-narrowly constructed, it must be admitted-of a universally shared elemental vitality. By then, however, the filmmakers had seemingly become aware of the inevitability of their roles as cultural plunderers, and in Pulsación (assembled out of a mixture of found material and original footage) this role is foregrounded: to see yourself in the exotic is to project-rather than dig out-a shared lineage, and thus to colonize all over again. 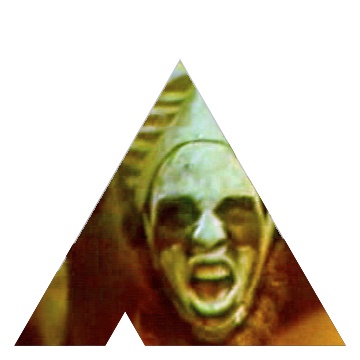